A Magic Town with the whole Yucatan tradition

Valladolid is a very calm and compact city but with very picturesque and traditional corners to discover. According to the Travel Lemming webpage, Valladolid was awarded as the number 1 Northamerican Emerging Travel Destination in 2019. It is the second most important city of Yucatan and the oldest one as well. It also holds the category of “Magic Town” since the year 2012 which means that the city counts with its own symbols and legends which are unique and transcendental for the entire country!

City with charm and personality of its own.

From the very first moment that you go through the city entrance, you will notice the bustling environment and the city charm. Little by little, as you come closer to the heart of the city, you will arrive at Don Francisco Cantón Park to admire the colonial architecture that characterizes the several hotels and the delightful restaurants.

Valladolid's privileged location turns it into a quite comfortable zone to visit other cities, such as Merida (the Capital of the State), or if you prefer the Caribbean beaches but, without actually staying there, Valladolid is the right place to choose. Near Valladolid, there are also several archaeological zones such as Chichén Itzá or Ek-balam, definitely a must in your visit to the city.

Adventure and mysticism in the grottoes and cenotes depths.

Yucatan has countless natural wonders, being the most interesting ones for the travelers, the little underground water deposits, better known as cenotes. There are more than 10 cenotes located in less than an hour by car, which are very recommended to visit especially after the whole morning walking through the archeological zones. Many of the Cenotes have their own restaurants, making the visit more convenient. Within Valladolid you can find only one cenote, the one and only Zaci, but there are many more in less than 10 to 15 minutes away by car, like Hubiku, Dzitnup, Itkil, Oxman just to mention a few of them.

And, lastly but not less important, you have to taste Valladolid's distinguishable gastronomie, which gave it a chapter in the Netflix series “Crónicas del Taco”, being the Cochinita *Pibil the region star plate.

Valladolid's longaniza is also a house specialty along with Lima soup, the delicious papadzules, panuchos, salbutes and the famous poc-chuc, all of them are part of the great cultural Valladolid gastronomy, one of the most ancient gastronomy in the country, awarded and preserved by many, inarguably pride of the Yucatecan people. It's worth the world to taste it!

Anyway, there's no city like this one, a destination full of magic, history and, over all, culture. It preserves its own ancient traditions proper of the place, simple and uncommon such as people sitting at their “porches” every afternoon just to see passing by some friends or strangers and wave them goodbye, “dressing” the neighborhoods with their presence.

It is because things like that, small things that matter and that are unexpected that makes it a wonderful place to visit. Valladolid is a city that you won't forget, it holds a simplicity that catches you and amazes you every time. Please don't take too long…

In Valladolid's main park, its music and traditional revelry (regional dancing) welcome the world visitors who stop for tasting Valladolid's classic ice cream or marvelous “marquesitas” and take a seat in the old timelovers” public chairs.

*pibil is a Mayan word that means cook underground 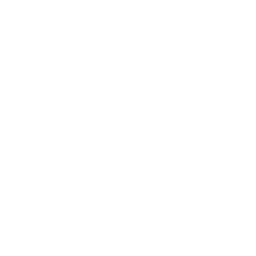